For anyone who has worked in the mining or earthmoving business mention of ‘D9’ will likely conjure up an image of a large yellow machine usually configured as a bulldozer. 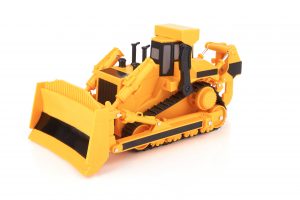 The Caterpillar D9 series, designed and built by Caterpillar Inc., was first introduced in 1954 as a prototype designated the D9X. This and subsequent D9 models have proved to be one of the most recognized and popular large, caterpillar tracked bulldozers worldwide. The current model in the series is the D9T.

And why are we talking about bulldozers here in this blog. Well, I spent close to 10 years working for a coal mining company and ‘D9’ became synonymous with bulldozer. So when John Thornhill mentioned using ‘D9’ for domain names and hosting I immediately associated them with a large, yellow Caterpillar bulldozer on a minesite.

Nothing could be further from the truth.

To date I have used another well known US hosting company for the few sites I have. I use another US company to purchase and register my domain names. Both have been reasonably good so I am not criticizing them at all. I just thought that John’s recommendation merited investigation.

So I went ahead and registered this domain with ‘D9 Solutions‘ and purchased hosting as well.

All was going well. I had the items in my cart and was about to check out. But when I entered my credit card details I missed choosing Mastercard to replace the default Visa option. After that things started to deteriorate rapidly.

I began to wonder if I had made the right choice

The system rejected my card and cleared the details from the screen but with hindsight it must have kept the cart details active and some of my incorrect card information on file as well.

Three attempts later and a bit more frustration I made it to what I though was the end of the matter. Only to find that I now had three emailed invoices in my Inbox, some paid and some unpaid.

Somewhere in the middle of all this my bank sent me a text to say they had temporarily blocked my card until I confirmed it was me making the purchase.

Things were not getting better!!

Taking a deep breathe I initiated a support ticket and headed for bed.

Although it was overnight for me D9 Solutions had actually turned the ticket around in less than 3 hours and resolved all the issues by cancelling or refunding relevant invoices.

With a single ticket request D9 had me correctly set up and a much happier customer. My previous companies would taken a good deal longer to resolve the issue and likely required multiple interactions.

Without going into detail I subsequently had cause to submit a second support ticket for a technical issue. (DNS configuration for those who want to know).

This was responded to and resolved within 20 minutes. Fantastic!!

Right now I am a D9 Solutions convert. I’ll be moving my other sites there over time. They also are a little cheaper than the US based companies making them that bit more attractive.

This account of a small, simple issue may give you the confidence to make a start yourself.
Good support and encouragement from like minded people on line can make a world of difference.